Chat with us, powered by LiveChat

Las Positas College's (LPC) two-year certificate program, the Actors Conservatory, is accepting applications for the next cohort of actors for the upcoming Fall 2021 semester. Once again offering in-person classes and performances, the Actors Conservatory is committed to cultivating well-educated actors through engagement and experiences aimed at a deeper and more profound understanding of the craft of theater and the cultural importance of the art form. Those enrolled will leave the program with the knowledge and experience necessary to continue in the performing arts.

"At the Actors Conservatory, we believe students should be able to explore their passion and dedication for theater in a meaningful, affordable, and inspiring way. We are proud to be a part of their artistic process and look forward to working with them, as students and future colleagues in the profession of acting," said Titian Lish, Las Positas College Theater & Performing Arts Coordinator.

Designed for both new and returning performers, the Actors Conservatory gives students the chance to focus intensely for two years in preparation for the professional field of acting in areas such as Scene Study, Shakespeare, Stage Combat, Vocal Studies, Dance, Musical Theater, Dialect, Acting for the Camera, and more. Courses are led by faculty and professional experts with extensive backgrounds in acting and directing on stage and in film, many of who are members of the Actors Equity Association and the Screen Actors Guild - American Federation of Television and Radio Artists. With experience directing, acting, or teaching with companies and organizations throughout the Bay Area, the country, and around the world, also serving on both artistic and governing boards of many theatrical organizations, our professors are well-equipped to provide top notch theatrical education and skills both in class and on-stage.

"I am so grateful for the Actors Conservatory program at Las Positas College, especially during the pandemic," said Liva Langer, Las Positas College Theatre Arts student. "It's been such a light in my life during these really difficult times. I can already see my growth and I have already built such a community. I am so thankful for the program."

Students spend the first year in the Actors Conservatory learning the foundational methodologies of acting as a craft through rigorous and concentrated immersion into the program, setting the actor's intention of professionalism into action in courses such as Acting I & II, Musical Theater Workshop, Stage Speech, Movement, and Voice, while being given the opportunity to perform in a production as well. During the second year, students have the opportunity to perform in multiple productions to showcase their readiness to continue in the performing arts field. Performances are held in the state of the art Barbara Mertes Center for the Arts; a $40 million performing arts complex with a black box, main stage, and outdoor amphitheater.

Las Positas College is the only community college in the greater northern California area to offer a dedicated vocational training program for actors, and at a more affordable rate than other similar programs. Our supportive and experienced faculty and community provide students with fundamentals for success. There is still time to enroll for the Fall 2021 semester.

About Las Positas College
Las Positas College currently enrolls 9,300 students and offers curriculum for students seeking transfer to a four-year college or university, career preparation, or basic skills education. The College provides university transfer classes, retraining classes for those in need of employment or career advancement, a first-time educational opportunity for many adults, enrichment classes for those seeking a broader perspective, and career and technical training for those entering the technical and paraprofessional workforce. 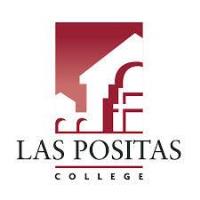