On Wednesday, the Tri-Valley – San Joaquin Valley Regional Rail Authority (Authority) board of directors approved the final purchase agreement with the City of Tracy for 200 acres of property to be used for the Valley Link rail project. This follows the Authority’s approval in September of the project’s Hydrogen Production Feasibility Study. This property provides the critical land area needed to implement a green hydrogen production facility that will support the Authority’s vision of sustainability for the Valley Link rail project – to be the first passenger rail system in California to run on self-produced, green hydrogen, with a hydrogen fuel production facility able to support the clean energy goals of other transit and heavy truck operators.

Valley Link’s goal to operate zero emission, hydrogen rail vehicles makes it a model of environmental and economic sustainability. “Valley Link’s self-produced, green hydrogen will reduce the cost of the overall project operations for the public and offset state and federal transit subsidies,” said Veronica Vargas, Chair of the Authority Board of Directors. “The project’s vision also supports opportunities to create and sustain new living wage jobs in both the hydrogen fuel production and related renewable energy industries. This is good for both the economy and the environment.”

The 26-mile Valley Link Rail Project Phase 1 between the Dublin/Pleasanton Bay Area Rapid Transit (BART) station in Alameda County and the Mountain House station in San Joaquin County, will connect tens of thousands of Bay Area workers now commuting daily from their homes in communities in the Northern San Joaquin Valley – some of the state’s most disadvantaged communities located in one of the most polluted air basins in the United States.

The Authority is leading the implementation of the Valley Link rail project as a model of sustainability – one that could operate on its own created renewable energy, support transit-oriented land use development around station areas, and promote innovation in station access, while maximizing air quality, equity, health, and workforce benefits.

Director of Mountain House Community Services District, Bernice King Tingle stated, “To achieve our goals for the economy, the environment, housing, transportation, and equity – we need a clean, reliable, high frequency rail alternative to I-580 that will equitably serve our residents and work force with a better quality of life and access to jobs,affordable  housing, educational opportunities and health care facilities.”

To date, the  state has invested in a number of hydrogen vehicle technologies and several transit agencies in California are producing their own hydrogen fuel. The sustainability vision of the Valley Link rail project seeks to significantly expand on this concept including the opportunity to manage risk and maximize the outcomes of green hydrogen  production through public-private partnership with expertise from the hydrogen production industry.

Alameda County District 1 Supervisor, David Haubert stated, “The Valley Link hydrogen production business model is intended to serve as not only a catalyst for private investment, but also for a green energy economy within the Northern California megaregion combined with workforce development to create and sustain living wage jobs."

While the feasibility study identifies the sizing of the production facility to meet Valley Link’s initial operating segment fuel needs, the Authority recognizes that there will be the opportunity to scale up a facility to ensure that both public and private investment in a green hydrogen hub can expand the availability, and reduce the cost, of green hydrogen to  other users.

“Valley Link is well-positioned to be a model of sustainability capitalizing on innovative technology and recent public and private sector investments to operate on its self-generated renewable energy,” remarked Tim Sbranti, Director of Strategic Initiatives for Innovation Tri-Valley Leadership Group.

Sbranti further commented that the City of Tracy and neighboring communities on both sides of the Altamont Pass in San Joaquin County and the Tri-Valley will reap the benefits of job creation and economic growth, with the City of Tracy serving as the epicenter due to the location of the hydrogen fuel production facility. Even before Valley Link begins  operations, the hydrogen production facility will be able to support the clean energy of other transit and heavy truck operators within the next 2 to 3 years, providing a near immediate benefit to the community.

Melissa Hernandez, Vice-Chair of the Authority Board of Directors stated, “I thank the City of Tracy for their strong financial commitment from the San Joaquin side of the project. The dedication of this 200-acre property to Valley Link is a critical piece of the one third of Valley Link’s funding that has already been identified through local sources – a total of  over $700 million – to support its competiveness in leveraging additional state and federal funding.”

“The timing of the approval of the feasibility study and the purchase agreement for the 200 acres is significant to other initiatives to advance the use of green hydrogen in transportation and the overall green hydrogen economy in California,” said Authority Executive Director/CEO Kevin Sheridan, The passage of State Assembly Bill 209 now establishes a  $100 million Hydrogen Program under the California Energy Commission to fund hydrogen demonstration projects. The Authority is also partnering with the Alliance for Renewable Clean Hydrogen Energy Systems (ARCHES) Initiative to coordinate the development of the state application for federal funding under the $8 billion national US Department of Energy Regional Hydrogen Hub Program.

“The Authority’s green hydrogen production facility is a bold vision to establish a megaregional green hydrogen hub integrating production and use by the transportation sector. The Authority looks forward to working with its public, private and community partners to advance this vision to meet the transportation, environmental, and economic needs of the  Northern California megaregion now and into the future”, said Chair Vargas.

Valley Link will ultimately close a critical gap in the statewide rail system with a 42-mile, 7 station rail connection between the Dublin/Pleasanton BART station and the North Lathrop Altamont Corridor Express (ACE) station with all day service on BART frequencies during peak periods. With 33,000 daily riders projected by 2040, Valley Link would remove tens of thousands of cars off Interstates 580 and 205 and connect nearly 500 miles of passenger rail with more than 130 stations in the Northern California Megaregion – removing up to 42,650 metrics tons of greenhouse gas emissions, creating 22,000 jobs, and supporting national goods movement by reducing heavy truck conflicts with cars on Interstates 580 and 205 that serve as life lines between the Port of Oakland and both domestic and international markets. Overall traffic on Interstate 580 is projected to increase by an estimated 60 percent by 2040 and truck traffic is expected to increase by 58 percent.

The initial operating segment (IOS) between the Dublin/Pleasanton BART station and the Mountain House station, including the Isabel and South Front Road stations in Livermore, is targeted for construction in 2025. In addition to the use of zero emissions vehicle and green energy production technologies, the Valley Link Board-adopted Sustainability Policy identifies implementing strategies to achieve a zero emissions system through innovation station access. This includes electric autonomous shuttles, shared mobility, and support for local transit operator alternative vehicle technology. 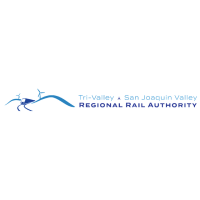